Another Chinese new year classic, also enjoyed anytime through out the year really. This melts-in-your-mouth savory Dong Po pork is something out of this world. It’s crazy how something so heavenly is created with only 4 ingredients. It’s great with rice or break with chopsticks and serve in a bun!

Dong Po Pork (東坡肉, dong1 po1 rou4) is definitely the classic of classic in Chinese cooking. It’s something that’s actually really simple to make, it takes some time to cook but the results is so worth it. AND it definitely impresses your guests. Just look at that red glaze!

The dish is named after the famous Chinese Song dynasty writer, poet, painter, calligrapher, pharmacologist, gastronome, and statesman named Su Dongpo (also known as Su Shi 蘇軾, get it, sushi? Just kidding, I don’t think that dish is named after him too. :p). When we were studying Su Dongpo at school, I thought of him as the Da Vinci of China. He was just so talented in so many perspective.

Ode to the pork: Huangzhou has great pork, it is cheap as dirt. The rich refuses to eat it; the poor doesn’t know how to cook it. Slow cooked on fire, with minimum water, it’s beauty shows when given enough time.

Legend has it that during Su Dongpo’s life of poverty during his banishment to Hangzhou(no great poets were born without the banishment 😉 ), he improved on the traditional process of pork braising. He slow-braised the pork with huangjiu (黃酒, yellow wine, like Shao Xing) to make red-braised pork, then slowly stewed it on low heat. When he was in Hangzhou, he helped solve the flooding during the time. The villagers knew that Su Dongpo enjoyed braised pork so they gifted him with pork during Chinese new year. Su Dongpo asked his family to cut the pork into cubes and braised them the way he always did and gifted back to the villagers, everyone enjoyed them so much and they named the dish Dongpo Pork. (This is only one story of how the dish got its name, there are about 10 versions out there!)

Minnesota is a beef state, pork is around but options on the parts seem limited. It’s even harder to find pork with skin on. You might need to go to a butcher shop to find the pork that you need or try an Asian store. Dong po pork is still tasty without the skin but it’s not quite the same. The skin gives it an extra layer of texture, a bit chewy, which I love. It’s best made with fatty pork belly, look for the ones that have even proportions of fat and meat so when the pork is stewed the fat and meat melts together and create a perfect harmony. Because of the layers, pork belly is also called 3-layered meat(三層肉,san1 ceng2 rou4), one of the most common and popular part of pork in Chinese and Taiwanese cooking.

In the most traditional recipe of Dong Po pork, some said that no water is added to the dish. Only huangjiu (黃酒, yellow wine) is added to create that distinct sauce and flavor. The most famous huangjiu and probably the most accessible in the US will have to be ShaoXing (紹興酒, shao4 xing1 jiu3). It’s fermented with sticky rice, originated in the region of Shaoxing, China. ShaoXing is often used in cooking or marinated with herbal medicine for drinking because of it’s distinct sweet flavor and aroma. Drunken chicken being the most famous drunken dish that requires ShaoXing wine. If I weren’t cooking with it, my favorite way to drink ShaoXing as a drink is to add two dried plums to a rock glass and fill it with ShaoXing, let it sit for 2 minutes then sip it with a table full of food and my besties around my side. Eat, talk and laugh all night.

I WOULD LOVE TO KNOW WHAT YOU THINK OF THIS RECIPE, RATE + COMMENT BELOW OR #CHEWEXPERIMENT ON INSTAGRAM!!!

Print Pin
Another Chinese new year classic or enjoyed anytime through out the year really. This melts-in-your-mouth savory Dong Po pork is something out of this world. It's crazy how something so heavenly is created with only 4 ingredients. It's great with rice or served in a bun!
Course Main Dish, Pork
Cuisine Asian, Chinese, Taiwanese
Prep Time 10 minutes
Cook Time 1 hour 35 minutes
Total Time 1 hour 45 minutes
Servings 4
Author Choochoo-ca-Chew

Leftover sauce? Add some water and bring it to a boil, let cool and place your soft boiled eggs in them and make some SOFT BRAISED EGGS | 超簡單溏心蛋 AMAZING with noodles, rice dish or for breakfast!

Looking for dishes to go with Dong Po Pork?

Tag me at @CHOOCHOOCACHEW or leave a comment below!
TAG ME

Previous
Next
View cart “HAND-CARVED CHOPSTICKS SET, RED OAK” has been added to your cart. 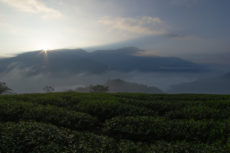 @rochfarmmkt finds and buys this past Saturday! GO

It was a blast at @littlethistlebeer Oktoberfest!

Not your regular sweet corn. These are wax corn. F

Have you ever looked back on your work when you fi

I miss street food. If there's one thing I'm happy

I want to share my childhood memories with you! Im

People of Taiwan is famous for their hospitality,